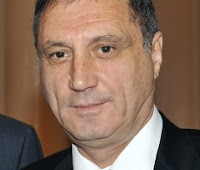 The following Issues Points interview was conducted by Saylor Company with His Excellency Sergei Shamba, Foreign Minister of the Republic of Abkhazia.

IP: Minister Shamba, do you see other nations joining Nicaragua, Russia, South Ossetia, and Venezuela in recognizing Abkhazia as in independent state?

Shamba: We welcome any who do so. We understand that we need to earn recognition, and we are moving forward with an array of nation building programs that will enhance our international standing. But to get to essence of your question, we know some nations are hesitant to recognize us because of their relations with Georgia. We respect their caution. Nevertheless, I say to those nations that the Abkhaz people do not want be part of Georgia ever again. We are a free and independent nation, and other governments should judge us on those criteria, not whether Georgia may be angry with them if they recognize us.

IP: Many around the world feel that Abkhazia is not free and independent, rather it is a satellite of Russia. How do you respond?

Shamba: We definitely have a strong relationship with Russia, with whom we have extensive economic, political and cultural ties. Russia's leaders are helping us economically and protecting us from further Georgia aggression. We are also establishing diplomatic relations with Nicaragua and Venezuela, and of course, we are very close to South Ossetia. With those government-to-government relationships will come economic and cultural cooperation. As more nations recognize Abkhazia, we will expand our relations with them as well. As this network expands, we will be able to contribute even more to the global community and create more opportunities for our people.

IP: Do you think there will be further war between Abkhazia and Georgia?

Shamba: That is completely up to President Saakashvili. Abkhazians do not want war. We have never attacked Georgia, which has attacked us four times in the last ten years. We want to be responsible members of the international community. President Saakashvili claims he wants Georgia to be a respected member of the international community too. Under that logic, Georgia and Abkhazia share the same goal for our countries. However, neither of us can attain it through violence. As I mentioned, Abkhazia is not and never will be part of Georgia. President Saakashvili should acknowledge that and move on. Both of our countries need to flourish in progress, not languish in tension.

IP: That is a reasonable statement, Minister Shamba, yet your country sometimes seems to fuel the flames of tension with Georgia. For example, the positions your country has taken regarding Georgia's confiscation of vessels heading for Abkhazia in the Black Sea. Some might say those positions are unnecessarily provocative.

Shamba: Look, it is President Saakashvili who has triggered unnecessary tension in the Black Sea through his recklessness. He knows that seizing ships bringing essential goods to our citizens is counterproductive to stability in this region. He knows that we cannot simply sit by and let him run roughshod over the well-being of our citizens. I suggest you talk to the Georgian president about unnecessary provocation. Abkhazians are working towards a positive future. We actually do not have time to provoke our neighbors. We would rather not have to deal with such nonsense, but we will not allow President Saakashvili to divert us from our mission.

IP: Do you seriously expect President Saakashvili to simply acknowledge that Abkhazia and South Ossetia are independent from Georgia and not try to administer Georgian law in both?

Shamba: In reality, I don't see that he has any choice. It is time for President Saakashvili to recognize that fact and demonstrate genuine leadership by renouncing violence as a means to regain control of Abkhazia and South Ossetia and turning his attention to the real needs of the Georgian people. How can he be serious about bringing peace and economic prosperity to the region, when he is spending most of his resources and energies on expanding his army and threatening his neighbors?

IP: And you don't see that position as politically naïve?

Shamba: I do not. Don't get me wrong. I'm not suggesting that Abkhazia does not see tremendous challenges in its relations with Georgia for some time to come. But one day, there will be many more countries that recognize us as an independent country. While at the moment, President Saakashvili has dominated the debate over the future of the Caucasus through a vigorous misinformation campaign, he will not be able to do so forever. If he were as astute as he wants the world to believe, he would recognize that and respond responsibly. That does not mean he has to embrace us, but it will not serve Georgia's long-range interests for him to completely reject and attack us, either.

IP: Based on what we just saw at the seventh round of talks in Geneva, it doesn't seem that President Saakashvili agrees with you now, nor will he in the near future. Do you see it that way?

Shamba: Abkhazia will persevere. Sooner or later, Georgia, and its supporters, will recognize that the path to peace in the region will not be achieved by violence and isolation. We are working hard to prepare our country, and our people, for that day. We are confident that history will prove us right. It is up to Georgia, and its leaders, to decide whether they want to be on the right, or wrong, side of that history.
Posted by AP at 17:32