Austrian Businessmen Think There's What to See, Where to Have A Rest in Abkhazia 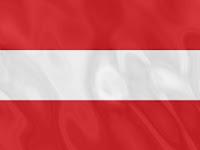 The Minister for Foreign Affairs of Abkhazia Sergey Shamba has received a group of Austrian businessmen and representatives of an Austria’s airline.

The meeting in the Ministry for Foreign Affairs had an orientation character. The European business representatives were interested in the situation in Abkhazia, economy development, as well as in the possibility of establishing cooperation in the field of tourism.
The Austrian businessmen regretted deliberately negative information about Abkhazia is being spread in a number of European countries. They said Europeans are being warned against trips to Abkhazia. According to the Austrian businessmen there is what to see and where to have a rest in Abkhazia.
Offers on the possibility of arranging trips to Europe for Abkhazia’s residents have been also made at the meeting.
Posted by AP at 08:51