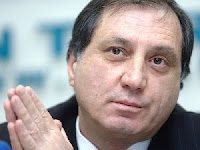 Abkhazia and Georgia have repeatedly approached to the signing of agreements guaranteeing security and stability in the region, but every time, Georgia refused to sign these documents in the end, the Minister for Foreign Affairs of Abkhazia Sergey Shamba said today at a news conference in Sukhum.

Now, according to him, this process goes on within the frameworks of the Geneva discussions. “Frankly, I’m not optimistic for the time being, but we’ll see how this process will develop further”, the head of the Ministry for Foreign Affairs of Abkhazia said.

According to him, “it is proposed to create a document which actually Russia and Georgia, not Abkhazia and Georgia should sign”. “In fact the conflict sides should sign the document”, Shamba said. “However the Georgian side and those who supports it do not share this conception. They don’t want to sign such a document with Abkhazia since they believe it will give us legitimacy”.

“Since there is no such a wish, we will search for new possibilities”, Shamba added.

“In the spring of 2008 Mr. Alasania and I have approached to the signing of such a document, of what is often written in the press. To that document the President of the Russian Federation as the guarantor should have also put the signature”, Shamba said.

The head of the Ministry for Foreign Affairs called Mr. Alasania’s coments in mass-media that “Russia and Saakashvili were against such an agreement” not representing the facts. “It does not represent the truth at all, because Russia was just very interested in signing this agreement. Since then and till now Russia has insisted on the necessity of signing the Agreement on the no-use of force against each other”, Shamba said.