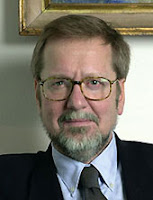 06/10/2009 17:00 ABKHAZIA, SUKHUM - Today the President of the Republic of Abkhazia Sergey Bagapsh received the Minister for Foreign Affairs of Denmark Per Stig Moeller.

A frank dialogue about the developed new realities in Transcaucasia, the situation in Abkhazia took place. The parties discussed some question of humanitarian sphere, possible cooperation of Abkhazia with European organizations, prospects of the European observer mission in the zones of confrontation.

The President stressed, there is no need for the observer mission to be in Abkhazia as the republic does not pose any threat for the neighboring countries.
The head of the Ministry for Foreign Affairs of Denmark mentioned the European Union does not intend to discuss the republic’s status. The President expressed solidarity with him about this question as Abkhazia proceeds from the fact that its independence is recognized, and it does not intend to discuss anything else with anybody.

In spite of the fact that some Mr. Moeller’s statements are absolutely unacceptable, the Abkhaz party has once again confirmed to the guests readiness to discuss questions of direct cooperation with European organizations in case its state interests are observed.
Posted by AP at 17:48