US radio mouthpiece to launch programs for Akbkhazia, S Ossetia 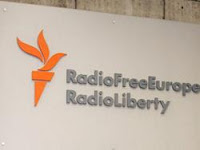 WASHINGTON, October 7 (Itar-Tass) – Radio Free Europe/Radio Liberty (RFE/RL), a broadcasting organization sponsored by the U.S. Administration, plans launching programs for the Republic of Abkhazia and the Republic of South Ossetia, Martins Zvaners, the associate director for communications of the Prague-based station told Itar-Tass in Washington.

A 60-minutes-long daily program targeted at the two former regions of Georgia is due to go on the air as of November 2. It will be co-produced by the Russian and Georgian boards of the station in Prague.

According to Zvaners, RFE/RL plans to attract reporters from Abkhazia, South Ossetia, Georgia, and Russia to providing stories for the broadcasts.

Earlier, an Internet portal in Prague said RFE/RL staff member Andrei Babitsky, who has made his name notorious in the past by interviewing the terrorist Shamil Basayev, will coordinate the new program.

Zvaners confirmed on his part that Babitsky has a position in this program but it is an open question yet whether he will chair the whole project.

Zvaners also claimed that the broadcasts for Abkhazia and South Ossetia will have a classical format consisting of newscasts with account of the listeners’ interests.

The objective of this programming is reconciliation and the bridging of different viewpoints expressed by the parties to the processes that are unfolding in the region, the executive claimed.

Doubts over the latter postulation arise, however, from the fact that the stance of the U.S. Administration of the problems of Abkhazia and South Ossetia remains one-sided and prejudiced.

The new project per se testifies to the validity of apprehensions about its nature.

Following the end of the Cold War and the loss of the previous ideological platform of their existence, U.S. propaganda mouthpieces have been waging a fight for survival, which means the preserving of budget allocations.

This prompts RFE/RL and other “radio voices” to seek out hotbeds of tensions in the post-Soviet space where the White House might need the application of their efforts.

The slogan waved in these situations suggests that the target audiences in “strained” areas thus get information free from censorship although, quite naturally, all the reporting reflects the U.S. position to a big degree.
Posted by AP at 10:52