Grand opening of a sports hall held in Ochamchira 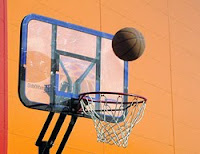 July 7, SUKHUM, Abkhazia -- Grand opening of a sports hall was held in Ochamchira. It was attended by President Sergey Bagapsh, Vice-President Alexander Ankvab, the "Abhazsstroi” head Ruslan Tvanba, representatives of district Administration, townspeople and, certainly, children, young athletes for whose sake much work had been done to restore the sports hall.
RUB 20 mln was spent on the repair that had lasted for a year and a half. The basketball court, stands, three shower cabins had been overhauled. Independent power supply had been installed in the hall.
A duty of honor to cut the ribbon was conferred to Vice-President Alexander Ankvab and one of the Ochamchira sports school pupils.
“There is no other sports hall like this anywhere in Abkhazia. It is possible to hold republican tournaments and competitions on an international scale here”, Bagapsh said. He said that similar halls would be built in Gudauta, Gagra, Sukhum.
“The development of sports favors nation's health. We will focus a great attention on it henceforth”, he stressed.
The President pointed to the Vice-President Alexander Ankvab's special role who had supervised the sports hall reconstruction personally.
The head of Ochamchira district administration Murman Dzhopua said the district that had been damaged much during the 1992-1993 Patriotic War of the Abkhaz nation, had received much aid over the last 4-5 years, the government placed high emphasis on its development.
In honor of sports hall opening basketball teams of Sukhum and the village of Tamysh of the Ochamchira district played an unofficial match.
Source: Abkhazia Gov.
Posted by AP at 17:04