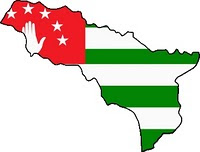 SUKHUM, September 30 -- On the eve of the Victory Day the President of Abkhazia Sergey Bagapsh addressed compatriots, soldiers, defenders of the Fatherland, veterans, parents of heroes of the war of liberation!
His address reads:
“Our nation marks the 17th anniversary of the victory over the enemy that occupied the country, put cities and villages, innocent people to fire and annihilation.
In that extremely dangerous for the fate of Abkhazia time a true patriot Vladislav Ardzinba headed the national-liberation movement and managed to bring the idea of freedom and survival of the Abkhaz far beyond the bounds of the Motherland. Thousands and thousands of volunteers who came to the aid of Abkhazia were inspired by this idea. This idea became clear and dear to many politicians, scientists, common citizens all over the world. All through the years of ordeals they have been rendering moral and humanitarian aid to us.
Faced with the threat of holocaust the nation united in a single fist, young and old, men and women rose to defend their Fatherland from the barbarians.
With dignity the nation went through the hard years of restoration of the state in the situation of tough isolation, blockade, and political pressure. Those who were sure they could break us, make us give up our chief goal, were mistaken.
We held out. And today we continue to move confidently to the future. Even if with difficulties, not at the pace we would like to, but together we will overcome this path. The experience of military unity should help us in no less difficult peaceful life.
Every year obelisks, memorials in memory of our soldiers, our children are unveiled in Abkhazia.
They can be erected endlessly, they are dependant on time, but they are necessary for future generations for the descendants to understand, what for and for whose sake their ancestors fought and won this unequal war. And the most important thing is that memory of a heart will survive centuries.
Today the country bows down to the fallen, celebrates the heroes who have survived in terrible battles. They continue a great deed that was started by the people and will be advanced by our children.
This is a hard fate of the Abkhaz. Joy and tears have always come hand in hand in our life before. Let it never ever repeat again.
Our country is worthy of a bright fate, and it is sure to revive. No matter how hard it were, we are obliged to avoid all dangers on the path of the development of the Abkhaz state.
I believe- so it will be.
I congratulate you on this great holiday, compatriots!”
Source: Abkhazia Gov.
Posted by AP at 11:52