George Hewitt: Abkhazia has the potential to be a successful state 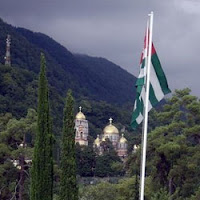