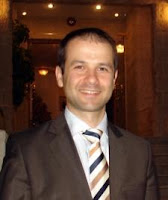 SUKHUM, September 29 -- On September 29, 2010 Maxim Gunjia received the UNHCR delegation led by Assistant High Commissioner for Refugees Janet Lim.
At the beginning of the meeting Janet Lim thanked the Minister for the meeting and outlined the purpose of her visit, which is to monitor projects implemented by UNHCR. The Assistant High Commissioner for Refugees stressed the importance of close cooperation with the authorities of the Republic of Abkhazia.
Maxim Gunjia, in turn, noted the high level of understanding that exists between the UNHCR and the government. The Minister spoke about the Memorandum of Understanding signed between the Government of Armenia and international organizations, which promotes more effective cooperation between the parties. With regard to projects implemented by UNHCR, the Minister stressed that the people involved in these projects should be given opportunity to develop their business and earn money. Noting the particular importance of agricultural projects for our republic, Maxim Gunjia spoke about the existing successful projects, and prospects for the industry.
Janet Lim and Maxim Gunjia concurred on the need for continued dialogue within the framework of the Geneva talks and the five-party Incident Prevention and Response Mechanism (IPRM).
At the conclusion of the meeting, the Assistant High Commissioner for Refugees thanked the Minister for constructive discussion and assured that his comments and suggestions will be considered in future work of UNHCR in the region.
Source: MFA Abkhazia