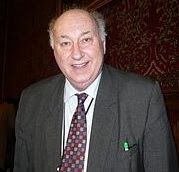 ALLS - The science of mesmerism emerged roughly at the end of the Age of Enlightenment and the very early beginnings of Romanticism. Originally introduced by Franz Anton Mesmer, the emergence of mesmerism during this time significantly influenced British social, political, and cultural thought.

A 1791 London publication explains the Mesmer’s theory of the vital fluid: “Modern philosophy has admitted a plenum or universal principle of fluid matter, which occupies all space; and that as all bodies moving in the world, abound with pores, this fluid matter introduces itself through the interstices and returns backwards and forwards, flowing through one body by the currents which issue there from to another, as in a magnet, which produces that phenomenon which we call Animal Magnetism”.

Politically, mesmerism was used as an explanation for a confusing time frame involving not only a resistance to enlightened thought but also a period fraught with war and conflict, including the French Revolution. Likewise, political individuals and those in government positions who faced the daunting task of maintaining a stable country in the midst of warfare and political strife, also used mesmerism as an explanation for the behavior. Mesmerism became a politically threatening tool because it is believed that it can be used to bend the will of individuals mesmerizing people into passive puppets.

Rt Hon Bruce George in his publication titled: “Sham elections in Abkhazia should not distract us from finding peace in the Caucasus” said that “he took part in a conference in Batumi, on the Black Sea coast, to discuss security issues and the steps Georgia is taking to prepare for NATO and EU membership. At his capacity as Vice President of the NATO Parliamentary Assembly he regularly did battle with those who wanted to turn a blind eye to Russian aggression. He also expressed satisfaction with rapid development of Batumi as testament to what is being achieved”.

Judging from his conclusions: “Compare this to life in Abkhazia. Residents live in rundown conditions. There is little or no infrastructure and corruption is rife”. It should not be that surprising that having no knowledge of what Abkhazia is or who Abkhazians are he seems showed no desire to travel to Abkhazia preferring the Georgian version of schooling.

Concealing their essence Georgians definitely passed over in silence the fact that those resettled Georgians were housed in the houses of evicted into Kazakhstan residents of Abkhazia and that those Georgians who fled after the 1993 return of Abkhazians are citizen of Georgia and Georgian language speakers whom they virtuously play with using them as a trump card in their battle for territories.

The assertion “the vast majority of Georgians have been forced out, their lives ruined, homes destroyed, and their property handed over to new Russian dwellers” is currently in use of the Georgia’s policy makers who show no concern of the Abkhazians in Abkhazia, who had forced Abkhazians out during the Georgian occupation in 1992-1993, ravaged Abkhazian villages to the ground, property was handed over to Georgian soldiers, lives ruined, homes yet destroyed. Who cares really that great number of Abkhaz people were subjected to various indignities, insults and ethnic cleansing during the Georgian occupation.

Georgia perhaps is veiling its purposes when it makes somebody to conclude that “These displaced people now live in other parts of Georgia, in accommodation provided by the Government, or with friends and family, but they dream of returning to their homes”. Conceivably there is not a single case in the world practice where the country’s own citizens are granted a refugee status moreover for about 20 years they are being deprived of possibility to be integrated into their native community.

The survey was carried out by the Caucasus Research Resource Centers (CRRC) in conjunction with Conciliation Resources, with the financial support of the European Union’s Instrument for Stability. This policy-brief is based on the findings of a survey conducted in June 2010 among one thousand refugees from Abkhazia, displaced as a result of the 1992-93 war. Only 9% would consider return if Abkhazia remains outside of Georgia’s jurisdiction.

Georgia’s message that the territories of Abkhazia and South Ossetia will not to be retaken by force looks encouraging however in the light of Georgian mesmerism is not yet confident.