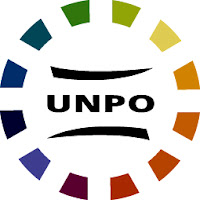 Following the confirmation of Alexander Ankvab as the next president of the Republic of Abkhazia, the UNPO has extended its congratulations to the president-elect in a meeting held in Sukhum on 29 August 2011.
________________

Below is a UNPO letter of congratulation to President-Elect, Alexander Ankvab,

On behalf of the fifty members of the Unrepresented Nations and Peoples Organization I wish to extend to you our congratulations on the announcement of your election as President of the Republic of Abkhazia. As Abkhazia enters a new phase in its history we wish you and your government every success in meeting the new and changing opportunities facing the country and its people.

The peaceful conduct and execution of Abkhazia’s presidential elections demonstrates the strength of democracy in Abkhazia today and the resilience of a country faced with both the untimely loss of its leader and a testing electoral campaign. UNPO was privileged to be amongst those observing the presidential elections and I hope that we will deepen the long association between Abkhazia and UNPO under your administration.

Just as both the Republic of Abkhazia and UNPO have changed immeasurably over the past twenty years, so it is my belief that both are in a much better position to face the demands of the twenty-first century. I look forward to our future collaboration and raising international understanding of Abkhazia today.