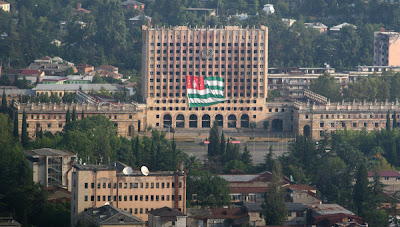 SUKHUM (June 8) Abkhazia will go to the polls to elect a new president on August 26, following the death of President Sergei Bagapsh on May 29.
The date was set by a resolution passed by the Parliament of Abkhazia on Wednesday.
Bagapsh, 63, who had led Abkhazia since 2005, died of cancer in Moscow following an operation on his lungs.
Posted by AP at 11:03