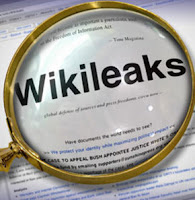 Civil Georgia, December 12, 2010 -- A senior U.S. diplomat was told by his counterparts from EU last year to press Georgia to work with Abkhazians, as "they are looking for some daylight with the Russians", according to leaked U.S. diplomatic cable released by WikiLeaks.
The confidential memo from the U.S. embassy in Stockholm records a July 9, 2009 meeting between U.S. Assistant Secretary of State Philip Gordon and five EU foreign policy diplomats.
According to the cable, Helga Schmid, who at the time was head of policy planning unit at the General Secretariat of EU Council, told Gordon "to press Georgia to work with the Abkhaz."
"The Abkhaz have been rebuffed in their overtures to the Georgians, and are left with no option but to seek Russia’s support," Schmid told Gordon, according to the cable.
Schmid is now deputy secretary generals of EU's new diplomatic service - European External Action Service (EEAS).
According to the cable, during the same meeting another European diplomat from EU's external relations commission, Karel Kovanda, told Gordon about the need to reach out to the Abkhazians.
"They are looking for some daylight with the Russians, and we should help," the European diplomat is cited in the cable.
In December, 2009 EU elaborated engagement and non-recognition policy towards Georgia's two breakaway regions, which aims at creating space for interacting with these regions, but without thier recognition.
In September, 2009 the Georgian government announced about the plan to develop a strategy for engagement with the two regions, which eventually resulted in adoption of the State Strategy on Occupied Territories in January, 2010 and its Action Plan six months later.
According to the same cable Gordon told EU diplomats, that Georgia was "a good example" of the U.S. not compromising its principles in the name of better relations with Russia.
"The Russians are testing the Obama Administration to see if it will compromise; it will not," Gordon said, according to the cable.
Source: Civil Georgia
Related
Posted by AP at 18:06