Abkhazia might agree to UN Observers deployment in its territory 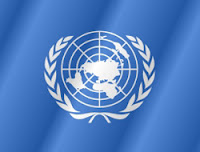 SUKHUM, Abkhazia -- The Abkhaz authorities intend to propose a new draft agreement on the non-use of force at the next round of Geneva discussions, the President's envoy to the international discussions in Geneva Vyacheslav Chirikba declared Tuesday. He said that “in all there are four drafts - Russian, Abkhaz, South Ossetian and Georgian”. The Abkhaz variant of the agreement, as he said, “consists of two basic statutes - declaration on the non-use of force, and guarantees of maintaining a peacful situation in the region”.
Chirikba does not rule out that “as one of the elements of the agreement observance mechanism the issue of deploying observers on either side of the border between Abkhazia and Georgia could be considered”.
“Those will be not peacekeeping forces. Those might be observer posts- those of the United Nations on our side, the European Union ones - on the Georgian side that would watch the situation and report, if there was any escalation of tension. At least, they should have a ground and they could have the possibility to report on these violations”, Chirikba said.
“All the details are still in the process of discussion, and the Abkhaz party is ready to consider alternative variants”, he declared.
Sukhum is not against “a small UN Mission” in the territory of Abkhazia that would mediate between Sukhum and Tbilisi, as well as have contacts with the Russian side. These functions performance by European observers is considered impossible by Sukhum, as the European Union took a hard line regarding the recognition of Abkhazia's independence.
Source: Abkhazia Gov.
Related
Posted by AP at 00:01