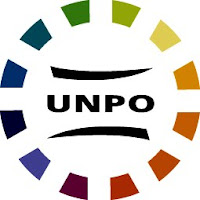 Dec. 15 - UNPO welcomes the news that President Sergei V. Bagapsh of Abkhazia has been re-elected for a second term as initial exit polls released on Sunday (13th December) indicated that Mr Bagapsh had won approximately 60% of the popular vote.

It was estimated that the turnout for Saturday’s vote (12th December) was 73%. There were 174 polling stations within the thirty-five regions of Abkhazia and the election was overseen by the Abkhaz Central Election Commission (TsIK) chaired by Mr. Batal Tabagua. Mr. Bagapsh’s closest rival among four other candidates, Raul Khajimba, polled with 15.4 percent of the popular vote.

Mr Bagapsh has already served one term as president following the contentious 2004 election which was resolved through a power-sharing agreement. He resigned in November 2009, following constitutional rules, to stand in the 2009 presidential elections. The election result was decided by simple majority voting (SMV) in which the highest polling candidate had to obtain over 50% of votes to be elected as president. Since Mr. Bagapsh was able to exceed such a proportion, ruling out a second round of voting.

UNPO believes this result is another positive step in the democratic development of Abkhazia and the Caucasus region. Since joining UNPO in 1992 to campaign for greater self-determination and international recognition, Abkhazia has been actively engaged in supporting fellow UNPO members in their campaigns. The 2009 Presidential Election gives to the region a valuable example of democracy in action and to the international community a clear demonstration of Abkhazia’s commitment to democratic values.

Below is a copy of the letter of Congratulations sent to Sergey Bagapsh from UNPO General Secretary, Marino Busdachin

On behalf of the membership of the Unrepresented Nations and Peoples Organization (UNPO) I would like to congratulate you on your re-election by the overwhelming majority of Abkhaz for another term in office as President of the Republic of Abkhazia.

UNPO followed the elections closely and welcomes what is another positive chapter in Abkhazia’s democratic development and consolidation. We believe the election and its result represents an important step for the whole Caucasus region and a vindication of the multi-vector foreign policy that you have pursued to benefit of Abkhazia over your past term in office.

It is almost two decades since Abkhazia joined the UNPO, and over the coming months we look forward to deepening the strong bonds that exist between Sukhum and UNPO members throughout the world. The UNPO therefore reaffirms its support to Abkhazia’s people and their right to self-determination and international recognition.

We stand ready to offer your office and the Republic of Abkhazia every possible support in the weeks leading to your inauguration and the years to follow.