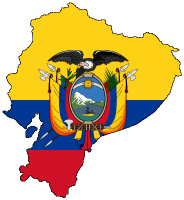 The delegation of Abkhazia took part in the opening ceremony of the Days of Russian Culture in Ecuador which was being held in the oldest university of Quito. The deputy Foreign Minister of Abkhazia Maxim Gvindzhia delivered a welcoming speech to the guests, stressing the importance of establishing relations between Abkhazia and Ecuador in all the spheres of the states’ modern life. The University of Ecuador is ready to admit students from Abkhazia and to develop cooperation with the Abkhaz State University.

On December 1 M. Gvindzhia had a meeting with the deputy Foreign Minister of the Republic of Ecuador L. Arisago. The meeting was also attended by the director of the Europe Department of the Ministry for Foreign Affairs of Ecuador P. Villagomes. Gvindzhia told about historical prerequisites of independence of Abkhazia, the present situation in the republic and prospects of its development.

The Republic of Abkhazia’s official request to Ecuador about the recognition is considered very carefully, the Ministry for Foreign Affairs of Ecuador told Abkhaz diplomats. L. Arisago and M. Gvindzhia also discussed the questions of economic cooperation between the two countries.

On December 2 a meeting with the Vice Chairman of the Parliament of the Republic of Ecuador Mr. Pansana took place in Quito.

The Parliament of Ecuador has initiated development of inter-parliamentary cooperation, as well as establishment of relations between business circles of Abkhazia and Ecuador.
Source: Abkhazia Gov.
Posted by AP at 10:33