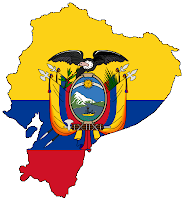 October 30, 2009 - SUKHUM, ABKHAZIA - Abkhazia intends to make an official request to Ecuador to recognize its independence, the Minister for Foreign Affairs of the Republic Sergey Shamba said. “It will happen in the nearest future as soon as the President of Ecuador Rafael Correa returns to the country, he will meet with the representative of Abkhazia who will hand him over a request from the President of our state Sergey Bagapsh to consider the question of the recognition of independence of Abkhazia”, the head of the state’s foreign policy department said.

The President of Ecuador said in an interview on Friday “if both the republics produce an official request to Ecuador for their recognition, we will consider this request most seriously”.
Posted by AP at 00:46