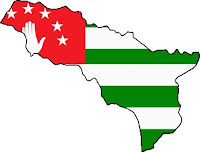 Abkhazia tries to find new balance between independence and strategic cooperation with Russia as its democracy matures.

The upcoming December 12 [2009] presidential elections in Abkhazia are fundamentally different from the previous three - the campaign will be the first since the beginning of the process of recognition of Abkhazian independence, writes political analyst Sergei Markedonov.

Regardless of the new South Caucasian status quo, the elections will seriously test the intentions of the partially recognized republic's elite to build up its statehood in line with its real potential.

With Moscow's recognition of its independence in August last year [2008], Abkhazia crossed an extremely important boundary.

Georgian claims to "restore territorial integrity" have ceased to be an important political issue for the Abkhazian elite. The national elite now aims to fill Abkhazian independence with genuine substance and higher quality. In the final analysis, the struggle against the "little empire" was not launched in the 1990s to replace one patron with another.

Abkhazia possesses the necessary potential. Unlike South Ossetia, the republic has a state project, rather than just "aspirations for unification." Abkhazia boasts a far more intricate domestic political space and an opposition (inside the republic, rather than in Moscow), an independent media, five years' experience of normal co-existence between those winning and losing presidential elections, and a diversified foreign policy.

However, Abkhazia's one-sided political dependence on Russia has increased. Russia is no longer a peacekeeper, but rather a guarantor of national self-determination and the main contributor of funding to the republic's budget.

It would be appropriate to note that the new "guarantor" does not favor democracy, political competition or unauthorized contacts with the outside world very much.

Markedonov concludes that the Abkhazian elite will have to solve an extremely difficult puzzle: how to assert its independence while maintaining strategic cooperation with Moscow.
Posted by AP at 16:51