PACE to present a report after visiting Abkhazia and Georgia 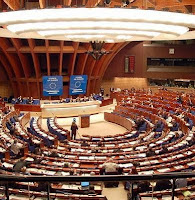 April 16 -- After visiting Abkhazia and Georgia the representatives of the PACE promise to make a report which will be presented on the upcoming session, which will be held at the end of April, the sources report.

As the PACE reporter Matyas Eorsi stated the delegation had arrived at Sukhum “in order to get acquainted with the situation existing in the country after the events taken place in August 2008.”

“The report will be prepared according to whatever is seen or heard by us,” he has mentioned.

The OSCE delegation was received by president of Sergey Bagapsh. The head of the country has introduced to the situation in Abkhazia, as well as the disposition of the authorities concerning the normalization of the Georgian – Abkhazian relations.

The PACE members will also meet with the Prime Minister of Abkhazia Sergey Shamba and the foreign Minister Maxim Gvinjia.
Posted by AP at 12:51