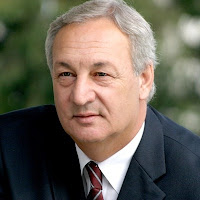 March 2, 2010 - SUKHUM, ABKHAZIA -- “We should rely not only on aid from outside but, first of all, on our own resources”, the President Sergey Bagapsh said at the new Cabinet’s first session which was held on Tuesday, March 2. The head of the state congratulated all on their appointment and wished them success.

According to Bagapsh, increase of efficiency of state administration bodies, heads of city and district administrations must become the Cabinet’s and the country leadership’s priority.

“You are the people with whom we have been already working for five years. During this time you have developed as specialists. I don’t like to throw away specialists. Over the past years we all had to close gaps in the legislation and the budget. Today we are on a new stage of development, I ask you to take it into consideration”, the president said, addressing members of the government.

Sergey Bagapsh gave ministers and vice PMs in charge of them a month to prepare "serious, well-founded plans for the development of the ministries”. “First of all, it is a question of the Ministries of Finance, Economy, Taxes and Tax collection”, the President said, adding that all members of the government should give paramount importance to the development of the national economy.

The head of the state drew members of the government’s attention to the necessity to develop the sphere of production. “Re-export, transport infrastructure, resorts - all this is very important, but, first of all, we should develop production and the agrarian sector”, Bagapsh said.

He stressed inadmissibility of ignoring the development of the agrarian sector and charged the Minister of Agriculture Jury Akaba to tackle the matter of agriculture reform in real earnest.

At the session it was also a question of the necessity to reform the judicial branch of power, to improve courts’ working conditions, to increase judges’ salary and authority, to solve personnel problems, to develop legislation, to work out subordinate legislation in addition to the laws passed by the Parliament.

The President also placed emphasis on the issues of education, training of pedagogical personnel, and expansion of the kindergartens system. According to him, the Ministry of Education should think of opening new special, technical education establishments to train specialists for different spheres of economy.

“We need the most rigid economy in all”, he said addressing the vice PM, the Finance Minister Beslan Kubrava.

“Distribution of money must be under the rigid control of the Prime Minister. I will too keep an eye on it”, Sergey Bagapsh promised.

Bagapsh promised to henceforth give particular attention to security agencies. He expressed discontent with the conditions military men serve and live in.

“I have no doubts about decency and honesty of ministers”, Bagapsh said. At the same time he demanded “to introduce order among your employees". "Those who want to make big money, let them go to business”, he said.

Addressing journalists, the head of the state said that it should be done so that the voice of Abkhazia be heard more in the world.

According to the President, some changes should be made to the law on the mass-media providing for journalists’ responsibility for published materials.
Source: Abkhazia Gov.
Posted by AP at 11:06